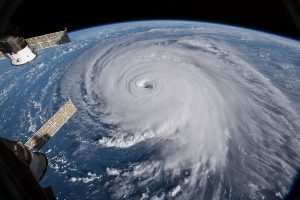 Norfolk residents were spared the brunt of the damage when Hurricane Florence made landfall along the North Carolina coastline, but unfortunately the storm was so large that the rain bands extended well into the Virginia Beach and Norfolk area. Flooding in Norfolk has not only made some of the low-lying areas impassable for traffic, but the excess water is also proving to be a haven for mosquitoes that thrive by breeding in water when temperatures and humidity are high.

Even though Norfolk is already surrounded by water, the saturation of rains has opened up new areas for mosquitoes to breed that normally remain dry around homes and businesses. Most mosquitoes tend to lay their eggs in areas where water collects naturally such as ponds and along the edges of lakes and streams, but now they can reproduce within wet yards that are closer to buildings.

Normally a mosquito control technician would treat the areas where water collects naturally with larvicides and then spray the dry grounds with mosquito insecticides, but with the added water from the flooding the normal methods require a different extermination plan that can address the wet locations that might serve as potential breeding sites. The experts at Mosquito Tek have been eliminating mosquitoes since 2011 and have seen every type of worst case scenario where flooding can make mosquito extermination difficult. Homeowners and company owners can save themselves the expense and headaches of trying to tackle the project themselves by simply calling in Mosquito Tek to not only kill all the adult mosquitoes that have increased since the storm, but they can also decrease the potential areas of breeding by killing off all the larvae where mosquitoes have laid their eggs. 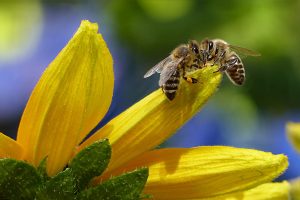 The first reaction to the increased amount of mosquito activity is to want to use the strongest insecticides possible to kill off as many adult mosquitoes as possible, and although that might be the best plan of action for the worst case scenarios, there are many people who want to make sure their organic gardens aren’t affected by chemicals or they want to make sure that only mosquitoes are eliminated and not helpful insects like bees. For cases such as this Mosquito Tek uses an all-natural insecticide that is 100% safe for the environment but will kill all the mosquitoes it comes in contact with.

The most effective way to deal with increased mosquito populations after flooding occurs is to collectively treat as many homes or businesses as possible that are next to each other. This expands not only the initial elimination of the mosquito populations, but it widens the barrier of protection against mosquitoes whereas neighboring houses that aren’t treated can sometimes be prime breeding locations that can feed new mosquitoes as they hatch. Mosquito Tek wants to make sure that neighborhoods can collectively group together and shield their areas from the mosquito infestations that can result from the flooding by offering a discount whenever 2 or more homes or businesses purchase mosquito control plans together.

Have a mosquito or pest question? We have the answer, Just ask!

Fill out the form below and we'll do our best to get you the answer!